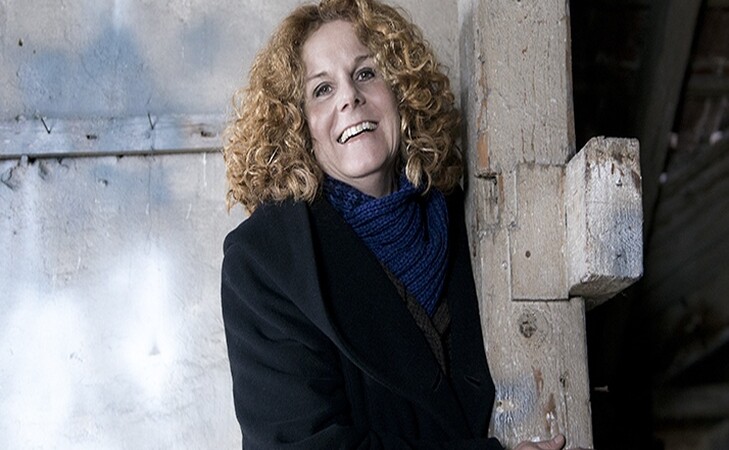 was born in Vienna and grew up there.

In her early childhood she started studying the viola and was already noticed  for her extraordinary voice in the school choir. In her teenage years she gained first experiences as a singer in various pop bands and at the age of 18 she already had her first major television appearance. An audience of millions of people could hear her singing "Do that to me one more time".

Since 1990 she has been playing the viola in a renown Austrian symphony orchestra, the “Niederösterreichische Tonkünstler”in Vienna. However, being a jazz singer is her  great passion!

In recent years she has also become a songwriter and started composing her own songs in  characteristic  Viennese jazz style. In addition she has been in close collaboration with other renown composers, arrangers and lyricists from the Austrian jazz scene.

Recently she had a great performance together with the famous

Her songs are heard in Viennese dialect from romantic to jazzy and bluesy, sometimes in Bossa, Tango or even Oriental. Nevertheless you can always find some touching English songs and  jazz standards in her program.

Susanne Stockhammer is known for her particularly expressive and varied voice, performing music that is a combination of Viennese Folk and Jazz. In January her new CD "schlaflos" was released!